This quick post is primarily to highlight why you shouldn’t write off a bra due to how to believe it will fit without first trying it, if you absolutely love it. 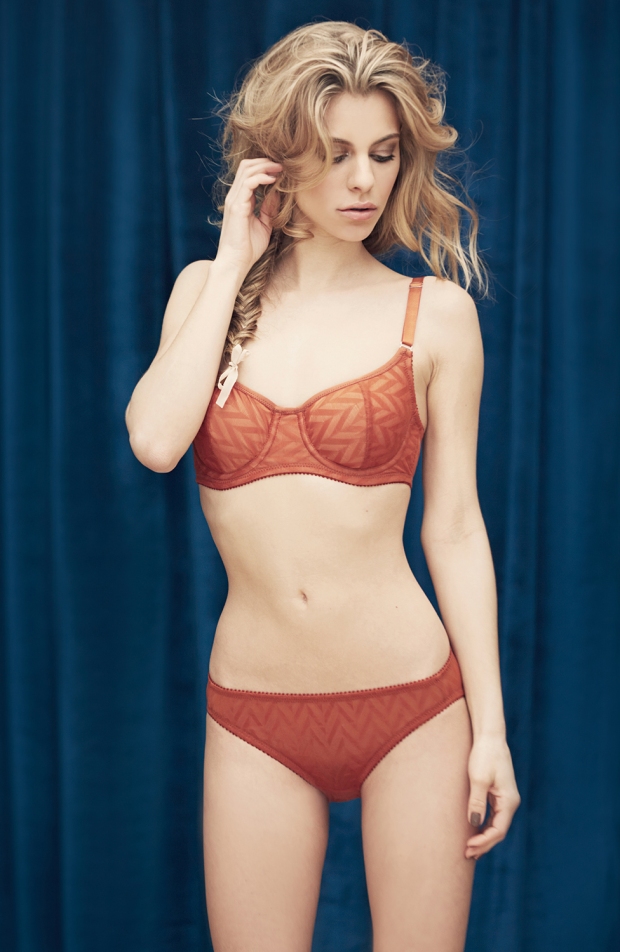 I have been interested in Fortnight’s Demi cut bra for, well, a long time. As long as it has existed, basically. But I never bothered to try it. “The gore is too wide,” I said. “The cups look too shallow,” I persisted. “They’ll probably cut in,” I declared. Well, I was wrong!

I tried both bras on in a 32DD at Secrets From Your Sister (if you live in Toronto, Canada and are looking for some beautiful lingerie, check them out!). My current standard size of 30E would in all likelihood be the best fit, but unfortunately, they didn’t have that size in stock. However, days after trying them on I’m still very much enamoured by them, so I decided to order the Vega in a 30E. I promise to report back with a full review. I’d rather not talk too much about the fit until I’ve tried my go-to size. What I can say for now is that the gore on the Ara is a bit wider than the Vega, and the cups ever-so slightly larger (though not enough to change sizes between the two styles in my opinion). The Vega seemed to suit me best of the two.

Also, that rust colour is absolutely amazing in person.