Something sad happened a while ago: I was sized out of my favourite bra.

Those of you who keep up with the latest lingerie news may have noticed some pretty previews popping up on Ewa Michalak’s facebook page. I thoughtlessly lusted after the SM style previews­- a style that has proven reliable for me in the past. But then it dawned on me, perhaps much later than it should have, that I can’t wear SM bras anymore! They begin at a 65F, roughly equivalent to a 28FF UK bra. I’m currently fitting 28F, and occasionally 28E UK bras. If someone had told me I’d be fitting these sizes 8 months ago, I’d have laughed in their face! I thought I was just going to slowly continue to grow, given my past experience with frequent upward size fluctuations. This just goes to show that (as we all probably know) your body may not behave as you expect it to. Unable to wear my trusty SM styles, I decided to venture into the territory of 3DM bras. I had never really been interested in this style because of the super low gore, but in my new size the 3DM is my primary unlined option from Ewa Michalak, so I had to give it a shot before writing it off completely. Spoiler: I like it!

Ewa Michalak 3DM Margot and Burek, both size 65E. They fit roughly like a UK 28F. Fuller shapes may find them to run a bit small as they are quite lowcut!

To keep things clear and simple, I’ve decided to start with a list of the more obvious differences between the SM and 3DM styles. The 3DM has:

Given that I own the matching undies for the Burek and Margot, I saw no reason not to simply get the 3DM version of each rather than venture into new territory. I’m happy to say that the 3DM versions of these bras accurately reflect the SM versions in terms of materials and sizing, meaning that my reviews of the SM Margot and SM Burek are still relevant if you want to evaluate the fit of the 3DM versions. Simply use the list above to find the differences between the SM and 3DM versions!

Overall, I suspect that the 3D and 3DM styles have firmer bands than their S and SM counterparts. A little while ago, I owned the 3D and S Teczowe Kfiaty (or Rainbow Flowers) in the same size of 65F, and found the 3D to fit more firm. I’ve found the same thing to be true of the 3DM versions of the SM Burek and Margot. Despite this difference, the 3DM styles do seem to have the same idiosyncrasies as their SM counterparts. The Margot, for example, has a comparably tighter band than the Burek in the SM style, which remains true in the 3DM versions. Basically, the fit is relative in my experience.

I’ve noticed with my ever-shrinking size that I’ve lost a lot of my upper fullness toward the center of my chest, and seem a quite a bit more shallow than I was at a larger size. The 3DM style seems to suit this change almost too perfectly. The lack of coverage at the center co-operates well with my lack of fullness since I don’t have to worry about filling out that part of the cup, and the shallowness matches my natural shape to a T.

Despite the cups lacking any side panel or thick strap attachment to help foist the boobs forward, it still magically manages to do so, providing an upfront shape. I find that the Margot feels a bit more structured than the Burek simply because the materials are more rigid. So while Margot feels extra secure, Burek provides a “barely there” feeling with its silkier materials. 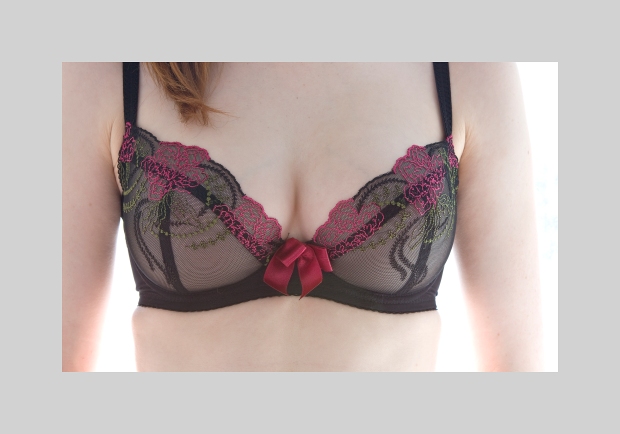 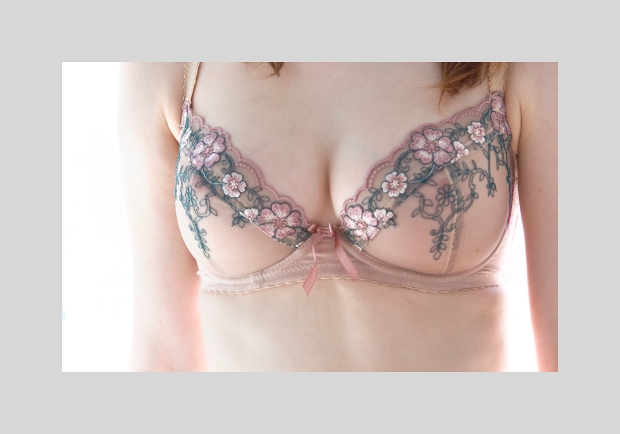 My experience with these bras has been great, but I would not recommend them to everyone. If you have soft breast tissue you may want to stay away from this style, as the almost non-existent gore means you may find yourself slipping out the middle as the day goes on, and deep breasts may encounter issues with the shallow cup shape. That being said, I’ve had bras work for me that I thought absolutely would not in the past, so if you love the look of the bra, don’t discount it until you try it!

For more detailed comments on these bras, I suggest checking out my SM Burek and SM Margot reviews to help contextualize this comparison.