So clearly based on the title you can tell that my yellow and white Miss Mandalay Paige bra came in the mail today. I got it on sale from Bravissimo and couldn’t be happier with it. I think the cups are slightly more spacious than the coral version somehow, but the difference doesn’t really affect me since I was already filling my other Paige’s cups to the brim.

I’m realizing that a few of my other bras are getting too loose for me unfortunately. I’ve decided to sell my ocean blue Deco instead of altering it since I’m not in love with it, and my black Jolie is on the last set of hooks now soon to be unwearable for me. Fortunately I have a 30E friend who wants my Jolie, so it has a home! Hurrah. I thought it would be fun to give you guys a little update of what’s been going on in my lingerie drawer, as well as what games and anime I’ve been playing and watching! Oh, I’ve been reading too. I will include that as well. 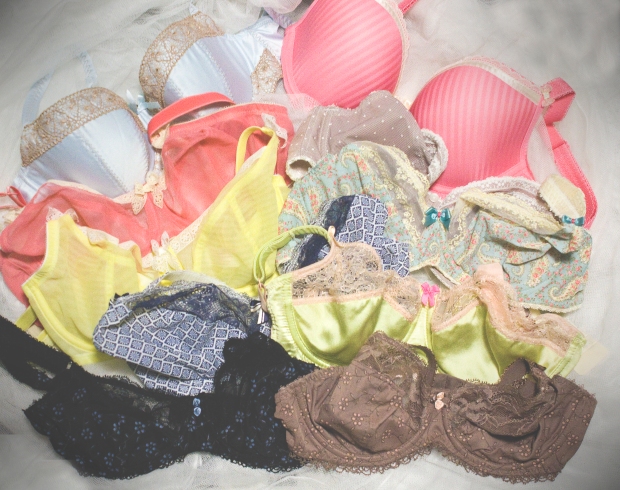 Bam! My collection sans Jolie, since my friend has accepted it I don’t really consider it part of the group anymore. Also sans sports bra.

I’ve been wondering something… I tend to really organize and categorize my bras in my lingerie drawer. I guess it’s not just my lingerie, I also keep most of my things fairly organized. But I start to think of my collection as a unit, and I want all the colours to be in the same family, or at least look nice with each other. I have NO idea why I do this, because it doesn’t make a difference once an individual bra is on my body whether it looks good in my drawer with what’s around it. For instance, both Pollyannas and Luisa look out of place in the photo above (though the caramel Pollyanna fits in more). This actually bothers me the tiniest bit. I still wear them frequently, but I don’t actually like looking at it. Is this weird to y’all? Here’s a photo of what the inside of my drawer looks like so you can get a better idea of what I mean. 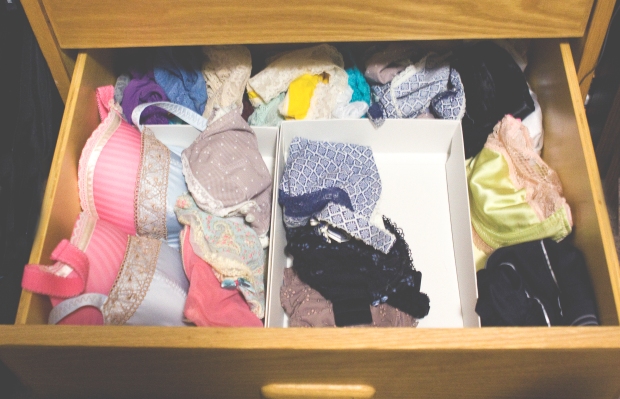 If you’re wondering where yellow Paige is in this shot, I was and currently am wearing it. But do you see?! The left hand side looks so correct to me. I’m realizing looking at this shot that I need to organize my undies in the back… usually they’re sorted by colour. I’m starting to feel OCD typing all of this…

So does anyone else feel this way about their lingerie drawer? Or things in general? For me it’s something that’s kind of pervasive throughout all of my possessions. I just love it when things go together! The artist in me I guess.

Onto video games. I picked up Final Fantasy VI again. For anyone familiar with the game I’m at the point referred to as “the world of ruin.” I have Celes, Sabin and Edgar back right now, still looking for everyone else. I’m glad I picked it up again. I mostly didn’t feel like playing because I don’t like using Celes for some reason, and I was forced to traverse the world as just her for a while. I don’t dislike her character, but I don’t really like fighting with her. 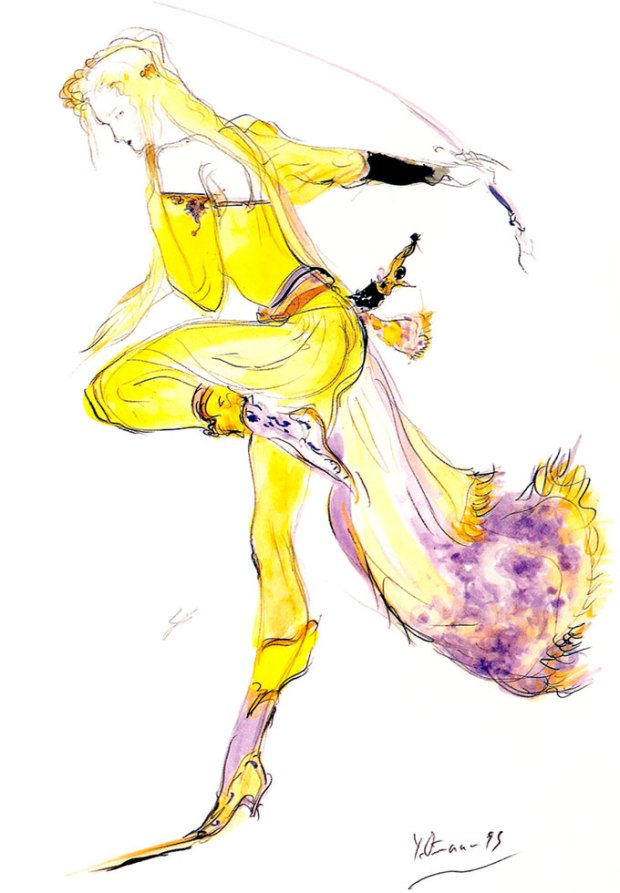 I’ve also started replaying Zelda: Majora’s Mask (my favourite game!). It’s been a couple years since I last played it myself, so I’ve now forgotten enough of the game for replaying it to be really fun. I probably won’t have any moments of “wow! completely didn’t know that happened!” but I won’t instantly remember how to get all the masks and complete the temples, so I’ll actually get to solve the puzzles again. Whee!

Creepy bugger. You are one of my favourite villains ever.

Next up is anime. I’m currently watching Black Lagoon. For anyone who knows about Cowboy Bebop, Black Lagoon is kind of like that, except R-rated, and replace Spike with a Revy, a girl with a mouth worse than a sailor and crazy good with a gun. Unfortunately I don’t think the quality is quite up there with Cowboy Bebop. It’s good, but it’s missing “something.” Perhaps it won’t be missing that something by the end of the series (I’m about half way through it) but I doubt it. Definitely going to finish it though, it’s not bad by any means, it just won’t be up there at the top of my favourite animes list. 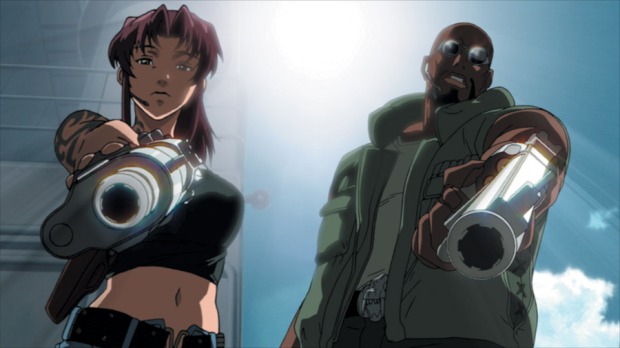 Black Lagoon in a nutshell. Guns and badassery.

This post is so all over the place. Next up is the book I’ve been thoroughly enjoying recently. I’m reading Scar Tissue, written by the front man of the Red Hot Chili Peppers, Anthony Kiedis. I love the Chili Peppers. All of my friends know this too well, and now I can start professing my love for them here on my blog as well. Their music is just awesome, and each member of the group is so important. A while ago their guitarist John Frusciante (also known as my favourite guitarist of all time) left the group, and they had to work hard to make sure his spot was filled by someone who is just as talented in his own right, and by golly they did it. Josh Klinghoffer is doing a great job in his place, and I’m glad Frusciante is pursuing other musical endeavours, whatever makes him happy! Anyway, now that I’ve said enough about my love for them, Scar Tissue is essentially the story of Anthony Kiedis’ childhood and life up to the point of his late thirties/early forties (I think). He has some seriously crazy stories, like losing his virginity to his dad’s girlfriend at the age of 12 for instance. If that doesn’t make you want to read it, I don’t really know what else will. It covers a lot of his past with drug addiction as well as his relationships with women and his band mates. Its a really interesting read. 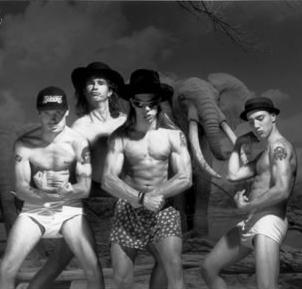 Oohh I love you guys.

Well anyway, that’s what I’ve been up to. Also getting ready for school since classes start in early September.

A final note about bras: I am trying to sell a few. So if anyone is interested in a Black Freya Pollyanna (28FF), Cleo by Panache Ellie Half Cup (28FF), or Ocean Blue Deco (28F) let me know! I’m selling them all pretty cheap. Pollyanna only $15, Deco $20, Ellie $22. Just email me if you’re interested. Currently I have my two Ewa Michalak plunges on their way (PL Cielus and PL Onyks) as well as Mimi Holliday’s Arielle comfort bra. I’ll be sure to review all of them when they arrive!